The Heart of a Henro 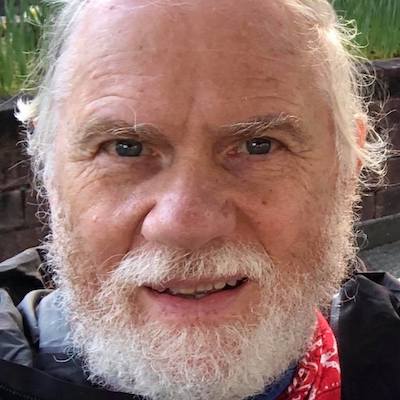 The Heart of a Henro is written by pilgrimage expert, author, composer, and longtime Shikoku resident Don Weiss. Don, known to many as a local leader and friend in Shikoku, is also the author of Echoes of Incense, published in 1994.

The Shikoku Pilgrimage is, at its heart, a religious activity. Even if your purpose in doing the pilgrimage is completely non-religious, it’s good to remember that you are participating in a traditional religious practice. If you behave in a way that is respectful of the religious nature of the pilgrimage, it will enhance your experience. It will also assure that you do not accidentally disturb the experience of other people involved with the pilgrimage as pilgrims, priests, temple staff, and anyone else you might meet along the way. Even if you do not think of yourself as a pilgrim, please act like one.

One of the most basic things you can learn from the pilgrimage is that the idea that some things, actions, and places are sacred and others are not is a false distinction. The pilgrimage combines sacred and secular in a way that breaks down the distinction between the two.

Most people do the pilgrimage for religious reasons of one kind or another. For many people, the pilgrimage is done as an act of devotion to Kobo Daishi. For others, it is done to ask for benefits, for themselves or others, living or dead. Still others do it as a quest for enlightenment, or at least what they see as progress along that path. All of these are religious ideas, some overtly Buddhist, some more in the line of folk religious belief.

Whatever their specific reason for doing the pilgrimage, nearly all pilgrims see the pilgrimage as a kind of sacred activity. Many take vows. Nearly all resolve to pray, or at least to recite the Heart Sutra (Prajna Paramita Hridaya Suttram) and other Buddhist formulas. Most will light incense and candles, ring bells and wear clothing replete with religious symbolism. Many will vow to refrain from anger, alcohol, and sex during the pilgrimage, taking vows to abstain from what they perceive as “worldly pleasures” that seem to be out of place in the “sacred space” of the pilgrimage.

Then they embark on a journey lasting weeks. In the course of the pilgrimage, they get up in the morning, eat meals, talk with other people, bathe, go to the toilet, shop, make phone calls – in other words, they are presented with a daily routine. It’s different from the daily routine of their lives before and after the pilgrimage, but in some ways it is similar. Pilgrim’s diaries sometimes read like diaries of any time of life. Religious issues, introspection into the depths of the soul, records of prayers and petitions – these generally take a distant second place to the mundane concerns of eating, sleeping, and getting from place to place.

There’s a lesson in this. It’s the essential lesson Vajrayana Buddhism. It’s also one of the presumptions the Eightfold Path, the basic Buddhist prescription for how to live. The Eightfold Path isn’t a description of how to perform Buddhist rituals. It’s a guide for living. People who wish to achieve enlightenment should practice eight perfections:

During the pilgrimage, pilgrims will sometimes attend ceremonies at the temples. The priests usually take this opportunity to remind the pilgrims of these desired behaviors and states of mind. Usually in Shingon (most, but not all, of the pilgrimage temples are Shingon) this is expressed in the form of Ten Precepts:

All of these behaviors will lead you to enlightenment. It doesn’t matter whether you do them during the pilgrimage, at work, at school, at home, or when going about your life in town. In fact, what matters is not when or where you live this way. What matters is that you do live this way.

Progress is one of the basic themes of the pilgrimage, just as it is a basic element of Shingon thought. Kukai wrote The Ten Stages of the Development of the Mind in which he set out a progressive series of states of mind. He said that you could progress through these stages of development, from the unstable goat-like mind all the way to the secret sublime mind by following the precepts, practicing the three secrets, and working with a teacher who can lead you along the path.

This idea of progress is central to the pilgrimage. Whatever your current level of mind, you can progress to the next level. The emphasis in Shingon teachings is to work with a teacher, studying the teachings, and practicing meditation. During the pilgrimage, you may or may not have a teacher, you may or may not practice meditation. But whatever you do, you are likely to pay closer attention to Buddhist teachings than you do in your daily life outside the pilgrimage. (Remember, the four prefectures are referred to as dojos, training grounds.)

My favorite example of this is the practice of not thumping your walking stick when you cross a bridge. This is done in memory of Kukai, who wrote a poem saying that he once had to spend a night under a bridge because nobody in a certain town would give him a place to stay. Pilgrims are told not to thump their walking sticks while crossing bridges, “because Kobo Daishi may be sleeping under the bridge.”

Of course, everybody realizes that Kobo Daishi isn’t sleeping under that bridge. The practice is an exercise in mindfulness, one of the eight perfections of The Eightfold Path and also an exercise in compassion. Somebody may be sleeping under that bridge. There are homeless people on Shikoku who do sleep under bridges. But even if nobody is under the bridge you happen to be on, the custom of not putting your walking stick down is training in mindfulness.

Question: What are you doing right now?

Answer: I’m walking on a bridge.

You are aware of your location and of the possible consequences of your actions. This is mindfulness.